We offer hassle-free pest control and insulation solutions, so you and your family sleep safely at night.

Spiders tend to feed on insects and other small animals. There are thousands of different species of spiders, but the most common in the Northwest are orb weaver, hobo, and occasionally brown recluse spiders. Redi-National Pest Control has been performing spider control services since the ’80s. Our familiarity with spiders we have in the Seattle, WA area is extensive. We have perfected our spider control techniques throughout all these years, so you can rest assured we will take care of your spider problems. 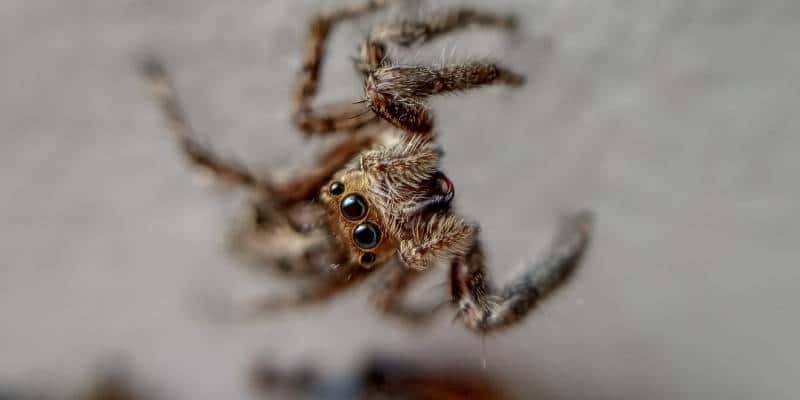 How Do I Get Rid Of Spiders?

The only reliable solution to a spider problem is to launch an all-out attack. Your call to Redi National means you’ve brought in the best-trained, best-equipped spider pest control team. Our spider control programs are designed to prevent these re-infestations. Our 100% pest-free guarantee means your spider problem is solved for good. 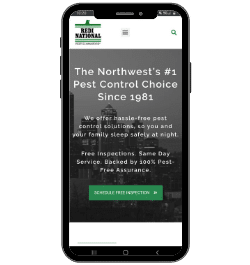 Common Spiders In The Seattle Region

These spiders build spiral wheel-shaped webs often found in gardens and around homes. Orb Weavers have eight similar eyes, hairy or spiny legs, and no stridulating organs. The orb-weaver spiders include over 10,0000 species and makeup about 25% of spider diversity. Many people call these spiders crab spiders because of their rather flat body with spines sticking out of the abdomen. Sometimes orb-weaver spiders make spider webs in inconvenient places, like around garage doors or doorways. If you start to notice them, turn off the outside light, as light attracts insects that the orb spider thrives on. If you must have the light on, try changing to a yellow bulb, as this will attract fewer insects, thus eliminating the orb spider insect trapping web.

Hobo Spiders are brown and measure roughly 12-18mm in length. Their legs show no distinct rings and have short hairs. The spider makes a funnel web, which is a trampoline-like flat sheet leading back into a hole between bricks, underwood, or shrubs. Hobo spiders can be found anywhere in Washington. Adult hobo spiders are dark brown with a distinct pattern of yellow markings on their abdomen. Unlike many other similar-looking spiders, they do not have dark bands on their legs. The body of an adult hobo is moderately large, about a half to three-quarters of an inch. Hobos do not climb like most spiders but are swift runners. To catch their prey, hobo spiders build funnel webs in holes, cracks, and recesses. They may be found around foundations, retaining walls, woodpiles, and under stones and garden ornaments in yards. Indoors, hobo spiders can nest between boxes or other store items, on window sills, under baseboard heaters or radiators, behind furniture, and in closets.

Hobo spiders are much more likely to attack if provoked or threatened. They usually bite when trapped against the skin, such as when a person is picking up firewood or putting on clothing. The bite of a hobo spider may go unnoticed; however, a moderate to a severe slow-healing wound will develop.

The Brown Recluse Spider is small in size, approximately 1/4” – 1/2” long. The body color is brown, the legs are light brown, and the oval-shaped abdomen is dark brown, yellow, or greenish-yellow, and it has three pairs of eyes. The Brown Recluse Spider is sometimes referred to as the violin or fiddleback spider because of the violin-shaped marking on its dorsum. They generally hide in the home, in the darkest and smallest places they can find. Most encounters are unintentional, and although bites are rare, the venom can cause serious wounds, so infestations should be taken seriously. Brown recluse spiders are challenging to control, largely because of their secretive habits. Virtually any dark, undisturbed area can serve as harborage, and many such places occur within buildings. Because the spider is a potential health threat — and requires skill and persistence to eradicate — such treatments are best performed by knowledgeable professionals. Some likely hiding places for brown recluse spiders include crevices, corners, wall-floor junctures (especially behind clutter and furniture) in garages, basements, and living areas.

Black widow spiders are common in eastern Washington, and a few small populations exist on the western side of the state. Adult female black widows are dangerous and can deliver a venomous bite. They are normally shiny black with a red hourglass marking on the underside of their abdomen. Markings may range in color from yellowish orange to red, and its shape may range from an hourglass to a dot. The body of an adult black widow female is about half an inch long. Black widow spiders are usually found in undisturbed areas, such as woodpiles, rubble piles, bales of hay, under eaves, fences, and other areas where debris has accumulated. Indoors, they may be found in undisturbed, cluttered areas in basements and crawl spaces.
Black widow spiders build webs between objects, and bites usually occur when people come into direct contact with their webs. A bite of a black widow spider can be distinguished from other insect bites by the two puncture marks it makes on the skin. The venom is a neurotoxin that produces pain at the bite area and then spreads to the chest, abdomen, or the entire body.

Our approach to pest control combines the most advanced technology in the space with proven methods we have compiled for the Pacific Northwest through our many years in service. Meaning no two pest control treatments are the same. We customize all our plans to get pests out of your home and keep them out through the year.

When a pest emergency strikes at 10 am on a Sunday before the big event, you need someone there immediately. We work around your schedule, so you focus on what is important to you.

During our free comprehensive inspection, we will inspect your home from top to bottom, inside and out, for current or potential pest problems.

Most of our technicians have been with us from the beginning. We continually invest in new technology and advanced training for technicians, so they are always using the latest techniques to protect your home.

Let us do the price shopping for you. We believe in fair and transparent pricing. We are continually surveying competitor’s pricing to provide you the quality service you need at or below market prices.

Every spring a variety of pest types start breeding. Our exterminators will make sure you don’t have an infestation in the works.

The heat means pest activity is high. Our exterminators will protect your home to make sure the pest stay out.

With the drop in temperature pest seek warmth. Our pest technicians will make sure your home is protected from pest infestations.

Pest need warmth and moisture to survive the cold winter months. We will make sure your home stays protected during the winter.

Redi-National Pest Eliminators is dedicated to providing our customers with the best quality, and service. We are here to build relationships with our customers, and communities, and to provide our employees with a great place to work. We are here to help you remove anything from bugs to small animals. We look forward to working with you!